9 Overlooked Factors that Play Vital Role in Mobile App Success (7 is a Deal-Breaker!)

Every entrepreneur wants their mobile app to perform outstandingly in the app stores. But, since the number of mobile apps is increasing rapidly with every passing year, the competition in the App stores is an all-time high right now.

For instance, when the Apple App Store was launched back in 2008, it grew to 5,000 apps by the end of the first year.

Between 2016 to 2018, there were 1434 apps in Apple App Store and 6140 apps in the Google Play Store were released every day. According to Techcrunch, Apple App Store is forecasted to reach 5 Million apps by the year 2020.

What makes the matter even worse is that compared to thousands of apps being published on App Stores, only a handful of apps succeed.

So what’s the reason behind this huge colossal failure?

Turns out there are some crucial factors that play a huge role in the success of mobile apps. In this article, we’ll discuss those factors in detail.

It is of utmost importance to keep the registration process as short and simple as possible. Long, unnecessary forms can discourage users.

Therefore, only include important information fields such as name, email ID, phone number and address. Best yet, provide an option to sign up using social profiles such as Facebook & Gmail.

Let’s face it. We, humans, are impatient creatures. This applies heavily to using mobile apps. Simply put, a mobile app is already a failure if it takes a long time to load.

The ideal load time of any app should take up to 5 seconds to load. Though a loading time between 5-10 seconds is manageable, but that often encourages users to look for alternatives. As a result, it becomes extra difficult to make users stick to your mobile app.

On the other hand, the app loading time over 10 seconds is simply unacceptable. In such cases, a majority of users deletes the app. Therefore, make sure that your app’s loading time is between 2-5 seconds.

A mobile app with mediocre designs basically turns users away as it ultimately presents the efforts put into developing it. On the other hand, mobile apps that put extra efforts even to the slightest detail tend to become successful.

Users generally look for apps that are visually appealing. So, if the UI of your mobile app is not intuitive, then users will leave it immediately.

User Centricity is a very crucial factor for the success of any mobile app.

Before developing your mobile app, just think about your users. Who will be using your app? What are their common characteristics?

Answers these questions will help you build a mobile app that is suited for a specific demographic audience.

Simply put, the more an app is user-centric, the active users it will attract. So, figure out the common characteristics of your target audience or conduct surveys on social media to gather information regarding your users’ need.

This will help you in developing a mobile app that is more likable to your target audience.

Heavy mobile apps generally consume a lot of mobile data and memory storage. This might put off some users if the app is too big or consumes more than the standard amount of their data.

Therefore, build your mobile app with an aim to keep its size as small as possible as phone storage capacity is an extremely important factor for users.

6 – Has a Compelling USP

What makes an app unique, makes it successful.

If you look at any successful mobile app, you’ll notice that their Unique Selling Proposition is always strong. They center their apps around their most important and strongest features.

In simple terms, the chances of your mobile app becoming successful depends largely on performing fewer tasks but do it well than all competitors.

Therefore, you should find the core feature of your mobile app, the one that drove you to build a mobile app in the first place, make it your app’s unique selling proposition.

A mobile app is basically a digital solution for a common problem. And like we mentioned just above, you have to focus on a single feature that solves a real problem of your target audience.

You see, smartphone users are almost always on the lookout for better solutions in the market. Therefore, if your mobile app can solve a common problem even slightly better than your competitors, it can make a huge difference to the success of your mobile app.

It just has to be.

Since the competition in both Apple App Store & Google Play Store is an all-time high, there is a good chance of free alternatives of your mobile app being already available in the market.

So, instead of hoping that people will pay for your mobile app, focus on acquiring a large user base. You can always make money off your mobile app once you have a database of thousands of users.

If your mobile app requirements are high, you will cut a certain amount of your target audience. You see, not everyone can afford to upgrade their smartphone every year.

For example, the latest version of Android is 9.0, but there are a considerable amount of users still using version 5.0. And the success of your mobile app will largely rely on how large your user base is.

So, keep the minimum requirements of your mobile app as minimum as possible to accommodate a larger audience.

Mobile app development is an extremely competitive niche. But, if you take care of all of the above-mentioned factors, then the chances of your mobile app success will definitely increase.

However, the most important factor of all is to solve a real problem that users are commonly facing. Because if you think about it, all products and mobile apps are simply the solutions to certain problems. 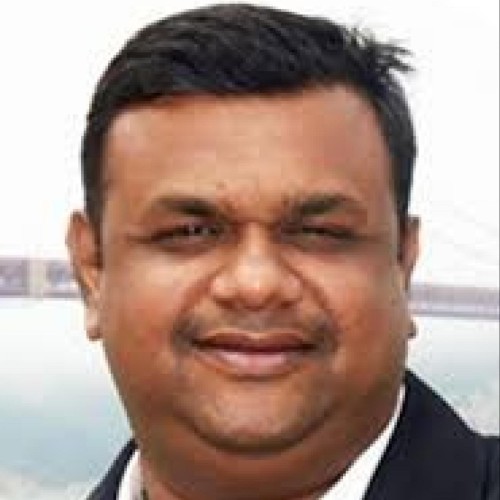 Sandeep Agrawalhttps://www.credencys.com/
Sandeep has more than 2 decades of experience in creating world-class teams and driving innovation through cutting edge products and mobile app development solutions. He is passionate about creating new technology solutions and delivering “Great Customer Experience” by evangelizing “Ubiquitous Mobility”. Being a CEO of Credencys (www.credencys.com), Sandeep helps clients to bridge the execution gap with services including Consulting, Design & Architecture, Product strategy, software development, DevOps, Managed Services. With a motto of ‘Go Digital, Sandeep delivers an Extraordinary Customer Experience to its every client. Connect with Sandeep at [email protected]