How to Avoid the Most Glaring Mistake in Email Marketing

Email marketing can be incredibly effective if done correctly. You’ve got a semi-captive audience who you can ping repeatedly about how great whatever you’re offering is. And, since familiarity creates liking, by way of the mere exposure effect, that should mean it should be a gold mine.

And yet, a lot of people get it wrong. They irritate their audience, abuse their trust and end up losing their audience. Generally, that’s down to a group of common mistakes that are easily avoided – if people would just know about them and take simple steps to avoid them.

To that end, here we’re going to explore the most glaring mistakes so that you’re aware of them. Then it’s up to you to start avoiding them. We can only take you so far. But, as they say, forewarned is forearmed. So let’s stock up, shall we?

If you’re not using some kind of newsletter agent, you really need to start today – even if it’s just to avoid this mistake. What mistake is that? Putting everybody’s email addresses in the ‘to’ space rather than the ‘bcc’ space.

People didn’t give you their email address for you to then hand it out to your entire email list and end up on some kind of spam list as a result. So make sure that doesn’t happen! Because if do send out a group email with everybody’s email on there, you can be sure somebody ends up using those emails for some nefarious end.

43% of Gmail users block images on their emails. That number is closely mirrored by other sources and other servers. And so, if you’re relying on images to sell your product, you’re therefore making sure that nearly half of your audience can’t see what you’re trying to sell or promote.

So don’t do that! Yes, you can use images. Of course, you can use images. You just have to make sure that whatever the point is of your email does not rely on those images to get sold. You’ll want to create a plain-text version of the email you’re sending out and it has to be just as appealing to your audience as your with-image version is. Only in that way, can you actually reach your entire list?

The Headline is Over-hyped

Remember, a newsletter relationship is a long-term relationship. You’re not trying to get everybody to click on the email you’re writing right now. You’re getting them to click on the most emails overall. And they’re not going to do that if you promise the moon in your headline and then don’t deliver.

So don’t do that. Be honest. Tell them what they’re going to get. Then give to them. If you do this consistently and effectively, then people will not feel like your headlines are click bait. Instead, they’ll trust you and the product that you’re trying to sell.

If you say something that gets a person in your list to want to reply to you, then they should be able to reply! That is really a no-brainer, as the more engagement you can create, the more effective your brand and your newsletter will be.

And yet, plenty of brands still use a no-reply email account to send their newsletters from. What’s up with that? It’s not even that hard to set where the emails should go in case somebody does reply. So there really is no excuse. If this is you, stop reading right now and go change this. Nothing is more annoying to a follower than to find out that you don’t really care about what they’ve got to say (and that is how they’re going to feel).

People signed up to your newsletter to get access to information that they otherwise wouldn’t have. This might be regular updates about what you’re up to, special deals, or insights that you share specifically with them.

They didn’t sign up to your email list to get told that they should spend more money on your site and nothing else.

So stop trying to sell to them every chance you get. Instead, offer them something of value that they otherwise wouldn’t have known or wouldn’t have thought about. From there, you can then also include an offer to sell them your services. But that should almost be secondary.

Telling people how your scanner can do something faster than anybody else or your copywriting service employs some really fantastic people isn’t going to get them to buy your product. Telling them how that faster scanner makes their life better or your copywriters produce copy that converts more customers will.

So stop focusing on the features and problems. Instead, focus on solutions. What it is about your product that will make your customer’s lives better. If you can do that and they believe that this improvement to their lives is worth what you’re asking, then they’ll consider buying it. And then they’ll appreciate you for telling them.

Your Email Wears a Suit (and is Empty Inside)

I personally don’t know how anybody ever bought anything from companies twenty years ago. They were so boring. I mean, they had about as much personality as a matchbox and hid that fact behind expensive suits.

Of course, because everybody was doing it, that probably meant nobody noticed the difference.

That’s not the case anymore. Now there are plenty of brands with real personality. And that means that if your newsletters are just empty suits, then you’re doing your brand building a real disservice. After all, these are the people who are going to form the most long-term opinions about your brand (as they’re in many ways the most engaged with it) and they are therefore exactly the right group to hit with your brand’s personality.  So hit them! That way, you’re not just selling your product, but you’re also building your brand.

The longer your email is, the fewer people will finish it. Obviously, that’s not what you’re trying to do. You’ want people to actually read what you’ve got to say and most of them to finish reading what you’ve written.

So, always, always look to shorten your newsletters. That means deleting as much fluff as you can and also making sure that you’re not chasing seven different things in the one email. Instead, aim at chasing one goal and chasing it well. In that way, you’ll have a much better chance of actually catching the thing and pulling people to the links and products that you’re trying to sell.

But I’ve got more than one thing to say! I hear you. How about dividing it up over several newsletters? This can form a part of a cliff-hanger strategy, where the reader will be even more tempted to open the next newsletter as they’re interested in what it has to say. And that’s a good place to be because when you can create the habit in people to open your emails, you’ll be in a very strong position indeed.

Really, here I’m talking about any over the top strategies that focus on short-term gain over a long-term loss. That’s about the last thing that you want to do in your newsletter. You can try those kinds of strategies in your ads or on your site if you want to. The newsletter is not the right place for them.

You’re here to build trust and a long-term relationship. That can only happen if the people that you’re selling to don’t feel that you’re trying to twist their arms or badger them into doing things. So aim at positive emotions. Ultimately, that will make for a far more loyal and long-lasting audience who will stick with you and be interested in the products you’re offering today but the ones that come along tomorrow and the days after that as well.

If you can do that, then they will not just be a part of your newsletter but can become actively engaged with what you’re doing and how you’re doing it. They might even become brand advocates. Now, that’s a much better place to be than having them buy a few additional units so every now and then.

So treat audience right. Because if you can do right by them, then they’ll do right by you. 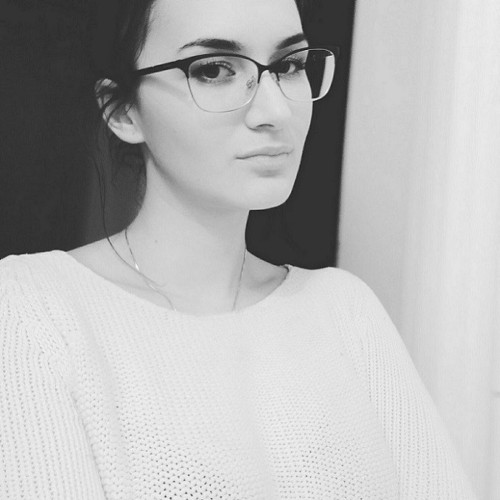