8 Chinese Companies which are Making Big in World

China in the last couple of decades has come forward as world’s leading manufacturer. Used to be famous for the counterfeit products. China is now becoming a global power by producing nearly a quarter of world manufacturing. Big manufacturing shares like 80% in air-conditioners, 70% in mobile phones and 60% in mobile phones too. Moreover, China made 90% of the Christmas trees that we all uses for Christmas decoration in the US.

With such dominance on the world’s export and manufacturing industry, China has got some of the world’s biggest companies that are not in the limelight due to less news coming out of this world’s largest populated country.

With the surplus economy, China is the home of some companies which are in the line of making big on the international forum. These companies already have their roots in different countries, but now they are all ready to conquer the Europe and American markets in the sectors like technology which is the real area of success for this part of the world.

To unveil these threats for the US and European countries, I am writing this article in which the next lines are comprised of some of the Chinese companies that are slowly but gradually getting upper hand.

Was in the news due to the famous acquisition of IBM’s ThinkPad division, Lenovo is a Chinese company with the revenue of $43.03 billion in 2016. Talking about dominating US markets, this company already started its campaign by acquiring IBM’s ThinkPad division in 2005 and took it further in 2014 by acquiring another American company Motorola Mobility and by strengthening their grip on IBM by acquiring another division. Since then, this unsung company which is more famous due to its low-end smartphone has become one of the world’s most powerful telecommunication company with roots almost in every major market of the world.

The only counterpart of the Amazon is China’s Alibaba. This is the first Asian company which breaks into the $400 billion value mark. In 2014 the record-breaking IPO in New York was just the tip of the iceberg. This company is on the verge of taking over the world by investing in almost every industry they seem profitable. This e-commerce giant is right now the premium online shopping website of that part of the world which holds the major chunk of world’s population which is China itself, India and now it is trying to get in Pakistan’s market which has over thirty-four million internet users. That soon can make it leave Amazon behind.

China is not only world’s most populated country but also the fourth largest country in the world. With the power consumption of 3.56 trillion kilowatts/hour, China is one of the most power consumption countries in the world too. All of this power is generated by only power Generation Company of China which is also state-owned. The Power China is not only fulfilling the requirements of China in power, but it also has 25% revenue share from outside China too. This company is making hydropower dams and power plants not only in China but its neighboring countries like Pakistan. With the revenue of over $72 billion, Power China is also one of the world’s biggest power generating company.

This company is the unsung hero of the Chinese economy. Midea is China’s biggest manufacturer of consumer appliances like air conditioners, refrigerators in the markets of US, Mexico and around this region. This company is a major home appliances maker in China.

Not just the Midea, another company from China Haier has recently bought the appliances division of American company General Electric in 5.6 billion dollars. With such penetration in the western world, China is now deep in the American market.

Huawei is the only non-American company in the US and European markets which is producing high-end smartphones. With the revenue of over 70 billion dollar last year majorly outside China, Huawei is on the line to take over Latin America market mainly due to its comparatively cheap pricing. This sponsored company of English football club Arsenal is now blocked by the US authorities on expanding due to national security concerns. With the prestige of only Non-American company featured in 2015 consumer electronics show in Las Vegas, this telecommunication company is making its name despite all the odds.

In the race between Apple and Samsung, Xiaomi is winning the race of creativity and innovations. This is also one of those very few Chinese companies which are breaking the stereotypes about Chinese products and providing high-end quality products. That is why in many countries the Xiaomi mobiles are the competitors of Apple and Samsung with the commitment of introducing much more technically advanced smartphones.

Chinese domination over world’s business is not limited to the technology sector. WH group formerly known as the Shuanghui Group is China’s biggest privately owned meat and food processing company. This company changed its name after buying Smithfield Foods in 2013. This company is in the list on the Hong Kong stock exchange.

The WH group is the world’s dominant pork processor and is much bigger than the US companies like Hormel and Dean meat packaging companies with the revenue over 21.2 billion dollars. The best part is, this company has 75% revenue share from outside China.

Fosun is the Chinese conglomerate company which operates across the diverse range of sectors including real estate, insurance, and healthcare. Because of its business diversity, this company is expanding at the rapid speed. Its chairman Guo Guangchang is one of China’s richest man with the net worth of 8.9 billion USD. This company also has its influence in the US market and made it strong in the year 2014 after buying Michigan based Meadow brook Insurance company for $433 million. 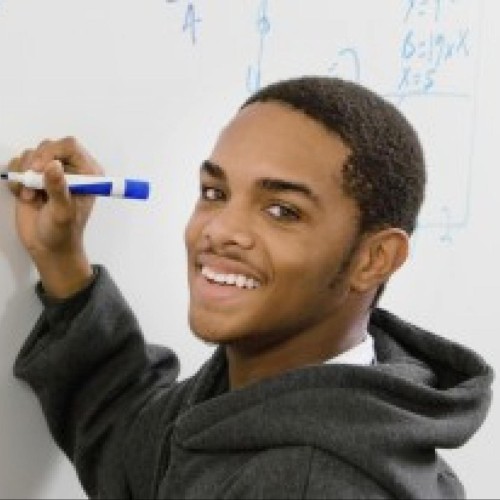 JoePirest
Joe Pirest is an American blogger, entrepreneur, author and academic writer who is famous for his unique style of writing with proficiency. With numerous projects, startups and accounting and tax solutions You can also follow the author on https://twitter.com/