Why Do Startups Need to Consider the On-Demand Economy?

The on-demand economy is the digital marketplace for providing quick access to services and products delivered via contract or workers. This legacy continues to grow and expand into new industries. Be it transportation, dining, retail or grocery business; the emergence of on-demand services built on mobile technologies is attracting middle-income millennial specifically.

Why are On-Demand Services getting popular?

Over the last few years, on-demand services are becoming popular in several industries like transportation, food, healthcare, automobiles, and electronic equipment; to name a few. Mobile devices such as smartphones and mobile apps have contributed a lot to the growth of on-demand services. From a medical need to a business consultancy, name a service and you have some or the other app available to serve the purpose. Modern-age consumers are now becoming aware of the services and technology advancements. This has created a demand for having access to the products and services on the immediate basis.

As a result, customers are heavily relying on mobile applications and this has led startups to offer on-demand services such as Uber for transportation.

The Growth of On-Demand Economy

On one hand, we have Grofers for buying groceries on-demand. And on the other hand, we have Hourly Nerd for a business consultancy. On-demand economy is growing at a rapid pace considering the growth rate of startups such as Ola, Uber, Urban Clap, Jugnoo, and Zopper.

Other reasons that have contributed towards the on-demand growth include accuracy, speed, and quality of services. User-friendly apps and easy to use interface have led to customer satisfaction which ultimately contributes to shaping the on-demand economy.

Is On-Demand Economy a Bubble Waiting to Burst?

Despite the numbers mentioned, a rapid increase in the growth and investments made, some say that it is just a bubble waiting to burst. Let’s hear it out. The entrepreneur and writer Sunil Rajaram argued in an article for Quartz Media that brands lack loyalty as on-demand businesses have precarious models owing to the infrequent purchases.

A general partner at Silicon Valley capital firm August Capital, Howard Hartenbaum, said that the on-demand businesses that fail in attracting venture capital will not be able to hold customer base as they are resistant to invest in most of the on-demand services. A business columnist in the New York Times also added to this saying that inability of the startups to find a long-term profitable model will lead to the end of the on-demand market.

The Scope of On-Demand Business

Despite all the criticism, the on-demand businesses can make a highly efficient model for turning it into a big success story. Having observed its growth in the recent times, it would not be an exaggeration to say that on-demand economy will lead many startups to fulfill the needs of customers in the field of providing essential services like water, gas cylinders, repairing electronic equipment and more.

The driving values of this business are speed, accuracy, quality, and convenience. If a start-up is able to achieve these four values by integrating it into the on-demand model than the purpose will be achieved. Also, mobile apps will play a larger role in offering highly satisfying services and products to the customers.

What is the Future of On-Demand Economy?

So, what is the future of the on-demand economy? What to expect from this new age growing concept? Well, most of the experts say that this on-demand trend is here to stay. Consumers seem to be embracing this concept. A co-founder at Twitter, EV Williams says that big things are realized on the internet by doing them at a faster rate without making people think.

Solving problems is no longer enough. But solving problems at a faster speed is essential for most of the businesses today. On-demand service startups can help achieve it. These startups need to ask themselves:

If your answer is yes to the above-mentioned questions, then you know that the ball is in your court.

Product lifecycles are shortening dramatically. Along with offering quality and affordability, companies need to think about convenience and speed factors as well. The future of on-demand market seems to be brightly pertaining to these factors.

The growth of the on-demand economy is not free of obstacles and challenges. In the past, several on-demand companies have faced lawsuits against them. Profitability issues, lack of capital and customer base have contributed a lot in shuttering of many companies. For example, Homejoy offering housecleaning service shuttered due to inconsistent quality of services. It lost a legal battle with customers and contractors who were unhappy after surviving through five years.

It will be quite interesting to see how startups in future will overcome the hurdles and challenges to prosper in the on-demand market. Though the market for the on-demand economy is growing and startups who wish to enter this market need be aware of its growth as well as the hurdles. 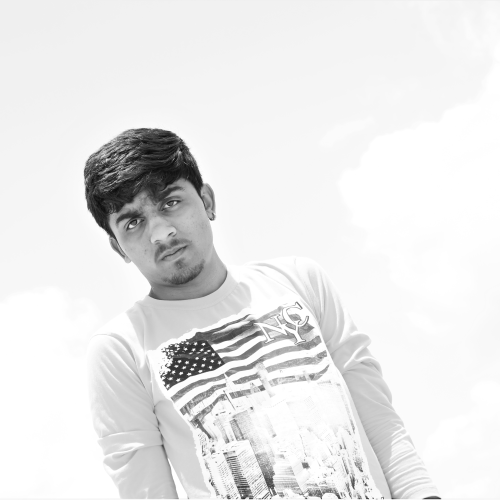 Dharmik Babariya
Writing is my hobby. I love to write on latest Technology Update, Digital Marketing, App development, Start-up, and SEO. I am an SEO Analyst and Content Writer by profession and currently working with India based app development company - Tecocraft.