Imagine holding a phone which speaks style. Yes, that’s what Xiaomi Redmi Pro is about. With features like a slim body, VOLTE support, outstanding battery backup and an excellent camera to capture each precious moment, the Xiaomi Redmi Pro definitely looks like it will soon be a pro in the mobile handset market.

The China-based company is not much old in the market as it has just a few years history of being in the smartphone market. There are many rivals in the market that offer different smartphone device. The market has the devices that have such features which are common but yet the device is into the premium category. Considering the same, the company has some more features loaded in its devices made it distinguished than the models from the closest rivals. The Chinese company has got a much encouraging response for its initial models and hence planned to launch some more devices in the smartphone market.

Slated to be the best upcoming phone with a dual processor and the fastest phone with Dual-Core processor and 3 GB RAM, this handset is already setting records for itself even before its launch. With these accolades and some features like a 13-megapixel camera along with fingerprint sensor, the competitors are about to have some tough time. This much-anticipated piece is going to be launched in May 2017. The phone will be launched with the Android 6.0.1 which is otherwise also known as Marshmallow. However, official confirmation of the same is still awaited.

The screen size of this handset is a 5.5 with an OLED Full HD display (1,080 x 1,920 pixels). It features a pixel density of 401 ppi. It comes wrapped in a fully metal chassis and would have three colors available to choose from. These include gold, dark gray and silver. The operating system is made of three processors, which include the dual-core 2.1 GHz Cortex A72, quad-core 2GHz Cortex A53, and the quad-core 1.4 GHz Cortex A53. These come coupled with a 3GB RAM and Mali-T880 MP4 graphics engine which come seated upon a MediaTek MT6797 chipset. This device also has a fingerprint scanner which will be embedded in the home key. The phone is loaded with Android v6.0 (Marshmallow) operating system. Hence as far as the design and display are concerned the market has to provide it full marks.

Compiled with the MediaTek MT6797 chipset and a Deco core processor the performance of this device is guaranteed to be a very good one. The architecture, graphics, and RAM will be excellent as well. This is because the architecture is 64 bit and the RAM a whopping 3GB. The graphics will be supported by Mali-T880 MP4.  This makes the device perform well when it comes to using of various applications at the same time. Those who hate lagging devices this one can be the best option among all the lagging free devices.

As for the storage, the device comes with an internal memory of 32GB. It has an expandable memory of up to 128GB. This can be expanded easily by using a MicroSD card. The user can have more than sufficient space as far as the storage of data, images, videos, movies, and songs are concerned.

SLR quality pictures can be shot with this handset which is armed with dual cameras at the back. Videos can be recorded with quality of1,080p (30fps), and one can even record 720p slow motion videos. The camera also comes with A Wide-Angle Selfie feature and video recording at 1280×720 @ 30 fps for the front camera. The primary camera of this device offers a resolution of 13 MP whereas the front camera comes with a 5 MP resolution.  With Continuous Shooting and High Dynamic Range Mode for shooting one can shoot photos as well as videos of high quality. Hence those who love to keep on capturing videos at every moment the recording camera and storage can be of great help.

The energy of the phone is derived from a 4,050mAh Li-polymer battery. Under normal usage, this battery can last up to two days. Hence those who need the device for business purpose the user does not need to worry about the battery at all.

The network support this device provides expands to 4G, 3G as well as 2G. The SIM size one can go for are Micro or Nano. However, a micro-SIM can be used in the SIM1 slot whereas a Nano SIM can be inserted and used in the SIM2 slot. The Nano SIM supported would be a Hybrid one.

Read More: 4 Android Apps Everyone Have in Their Smartphone

For connectivity, the device comes with options such as dual SIM, 4G (supports Indian bands). It also supports VOLTE, 3G, 2G, Wi-Fi 802.11, b/g/n, Wi-Fi Direct, Mobile Hotspot, Bluetooth v4.2, GPS with A-GPS, Glonass and USB Type C. With the help of Bluetooth the v4.2, the user can easily move the files of data as well as multimedia to the device.

Xiaomi Redmi Pro price in India is estimated to be Rs17,990. It is indeed a good catch with amazing and lot of features. The camera enables one to capture high-quality photographs because of its dual cameras which even enable refocusing the image after it has been shot. It falls into the category of middle segment, and hence it may have to face severe competition from rivals. However, with the amazing features, this power pack device is much expected to offer optimum satisfaction to the users and hence can be a huge hit in the smartphone market.

The high-quality RAM gives superior performance, and the battery backup of the phone are exceptional as well. The OLED super black super bright screen provides marvelous visualization for games as well as for watching videos.

However, the one drawback of Xiaomi Redmi Pro phone is the hybrid SIM support in the SIM 2 slot. But if this is not an issue, the phone is worth a buy. 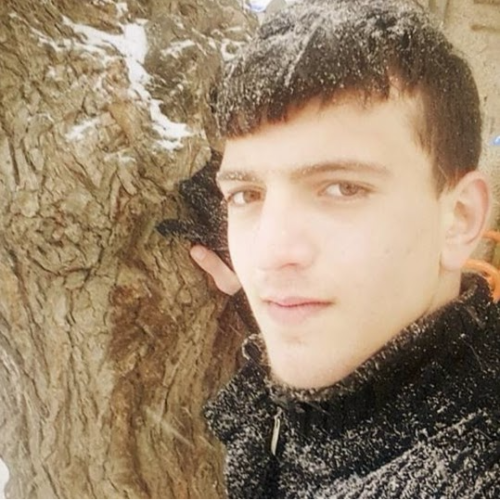 Addison Alberthttp://techscrolling.com/
Addison is a journalist, social media experientialist, and blogger. He is a passionate technology writer and contributes to mobile apps, android spy apps, and social issues.