How To Win the Race in Mario Kart 8 Deluxe?

Mario Kart 8 Deluxe has become one of the most played games in a very short time span! Players from all over the world are hooked to the game as they constantly want to win more and more races! But is there a way to ensure your win every single time? Are there any hidden expert tips to winning races? Well, keep on reading to find out on how to win the race in Mario Kart 8 Deluxe every single time by following the tips given in this guide!

Tips to Win The Race in Mario Kart 8 Deluxe

Collecting Coins to Win The Race in Mario Kart 8 Deluxe

Collecting coins is one of the best ways to give yourself an extra edge. Each time you grab a coin, you get a boost in your max speed. However, you can only hold 10 coins at one time. But you can still have infinite coins in Mario Kart 8 Deluxe.

Moreover, you will have to decide between focusing on coin collecting or taking tighter turns. This depends upon your position in the race. If you’re in the first place, we recommend focusing on taking tight turns. However, if you are in the middle position and surrounded by cars, it is best to solely focus on collecting more and more coins.

It is important to pick a combo that works with your playing style. The only way to figure this out is by experimenting with different combos and figuring out which one suits your needs best.

Most players opt for fast karts which combine heavy characters like Bowser and Morton with a kart like Pipeframe or Blue Falcon.

The start boost is one of the best ways to get an edge in the game. It varies in strength depending on when you activate it.

To get the strongest boost, press the accelerate button as soon as the number 2 appears during the countdown. It will give you a head-start and you will be able to secure your lead position in the beginning of the race itself.

Bumps and hits will slow you down considerably. Thus, it is important that you maintain a decent distance from all your fellow competitors! Keep in mind that a single hit can make you go from first place to the last!

Practicing to Win The Race in Mario Kart 8 Deluxe

Mario Kart 8 Deluxe is a complex game and the only way to excel in it is through practice! Additionally, the game also gives rewards to players who put in effort to become better. Thus, we recommend practicing racing on the advanced track daily to become a pro!

Drifting to Win The Race in Mario Kart 8 Deluxe

Drifting allows you to turn corners really quickly! Additionally, it also gives you short boosts in the form of Turbos!

Learning to drift takes some time. Thus, we recommend practicing in the Time Trial mode and mastering the technique. Also, you can read about our guide on skid and get a boost in Mario Kart 8 Deluxe. Your rewards will be a mini turbo, a super mini turbo or an ultra mini turbo. This depends upon how long you continue to drift.

Soft Drifting makes your mini-turbo power charge quicker. All you have to do is drift at the normal angle and enjoy a quick boost to your mini turbo power. However, you should keep in mind that this is a hard task. Thus, it will probably take some practice to master.

Spin Drifting to Win The Race in Mario Kart 8 Deluxe

Spin Drifting is hard to explain in words. It basically means drifting to the left while hopping to the left. However, you must turn to the right as soon as you land!

Neutral Hopping to Win The Race in Mario Kart 8 Deluxe

Neutral Hopping is just basic hopping without any complexities. It should be used during uphill sections of the race track. For example, use it during the beginning of the antigravity section of the GBA Mario Circuit. It is the best way for preserving your mini turbo speed and saving it for a later time.

Stacking Boosts to Win The Race in Mario Kart 8 Deluxe

This technique is very easy. You only need to activate your boost while you’re on a boost pad or ramp. Stacking Boosts will give you extra speed and you can easily take down a player or two with it.

We recommend pressing hop and mini turbo together and landing on a boost pad or ramp. This will give you the maximum speed boost.

Bunny Hopping to Win The Race in Mario Kart 8 Deluxe

Bunny Hopping is also called Fire Hopping. It works on uphill as well as flat surfaces. This technique basically is just hopping to your left or right several times after utilizing a speed boost. You are able to preserve some of your increased speed for a longer time.

Firstly, pass through a boost pad. Then, use a mushroom or orange mini turbo to hop at least five times in either direction. This Bunny Hopping method is also great for realigning your positing after turning a corner.

Demon Slides make use of neutral hops. Simply add them before your drift. This means that you hop like you normally would. At the end of it, turn right or left for a split second. Next, let the drift button go.

Demon slides can not be performed on uphill surfaces! Thus, you can only do this trick on downhill or flat grounds. For example, you can perform Demon Slides on the anti gravity section of Mario Kart Stadium. You can also do them on Sherbet Land’s final straight. A good way to know if you’re performing the technique correctly is to look for blue sparks in the anti gravity sections. If you see them, congratulations! You now know how to perform Demon Slides successfully!

Charging your Mini Turbo in Mid Air makes the recharging process easier and faster! We recommend using this technique at the end of some glider sections like the final glider on Dolphin Shoal. It makes drifting easier and better.

On some rare occasions, it is best to skip the speed ramps! This is because there is less air time and you don’t get much benefit out of the ramp. In such scenarios, hopping on a glider panel is more beneficial. An example of ramps that you should probably skip is the ramps that appear on the left side after taking the first turn in Toad Harbor.

Brake Pumping to Win The Race in Mario Kart 8 Deluxe

Brake Pumping is a great way for taking better turns without getting off your normal route. Use this technique by pressing B while turning tight corners and enjoy better stress free turns!  We recommend using this method for the MK8 Rainbow Road’s last turn.

Low ramps are a great hack that allow players to drift left or right at the end of the ramp. This makes drifting easier and also helps save time. Thus, make sure you use low ramps as soon as you see them every time! 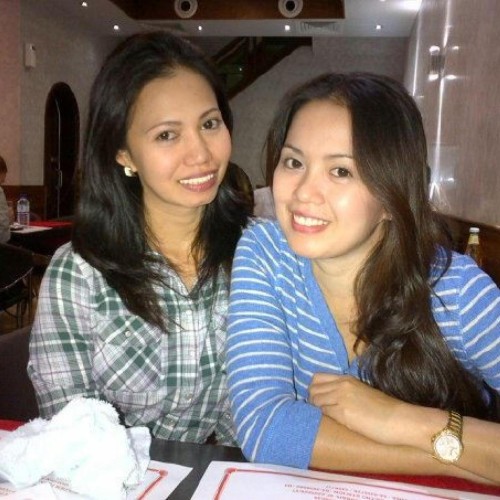