Killua Zoldyck is the most popular Hunter x Hunter character and he is loved by millions of people globally. His charming personality, deadly skills and tragic past make him a spectacular character that we can’t help but love. Despite his young age, Killua has managed to blow our minds away with his lethal combat skills time and again.

Who is Killua Zoldyck?

Killua Zoldyck is a 14-year-old professional assassin who is the third child of Kikyo Zoldyck and Silva Zoldyck. He is the current heir of the Zoldyck Family. Killua was trained to be a deadly assassin from the day he was born. He has mastered the art of killing and has killed hundreds of people despite his young age!

However, he got tired of killing people and decided to leave the assassin life to become a Hunter. He ran away from home and appeared in his first Hunter Exam.

Is Killua Zoldyck a boy or a girl?

Killua Zoldyck is a young boy who is only fourteen years old. Despite his young age, he is extremely mature and is able to remain calm and collected even in the face of danger. However, he mostly keeps to himself and does not go out of his way to make new friends. He only has a limited few friends with Gon Freecss being his only best friend. Killua and Gon remain best friends throughout the series and help each other grow stronger. 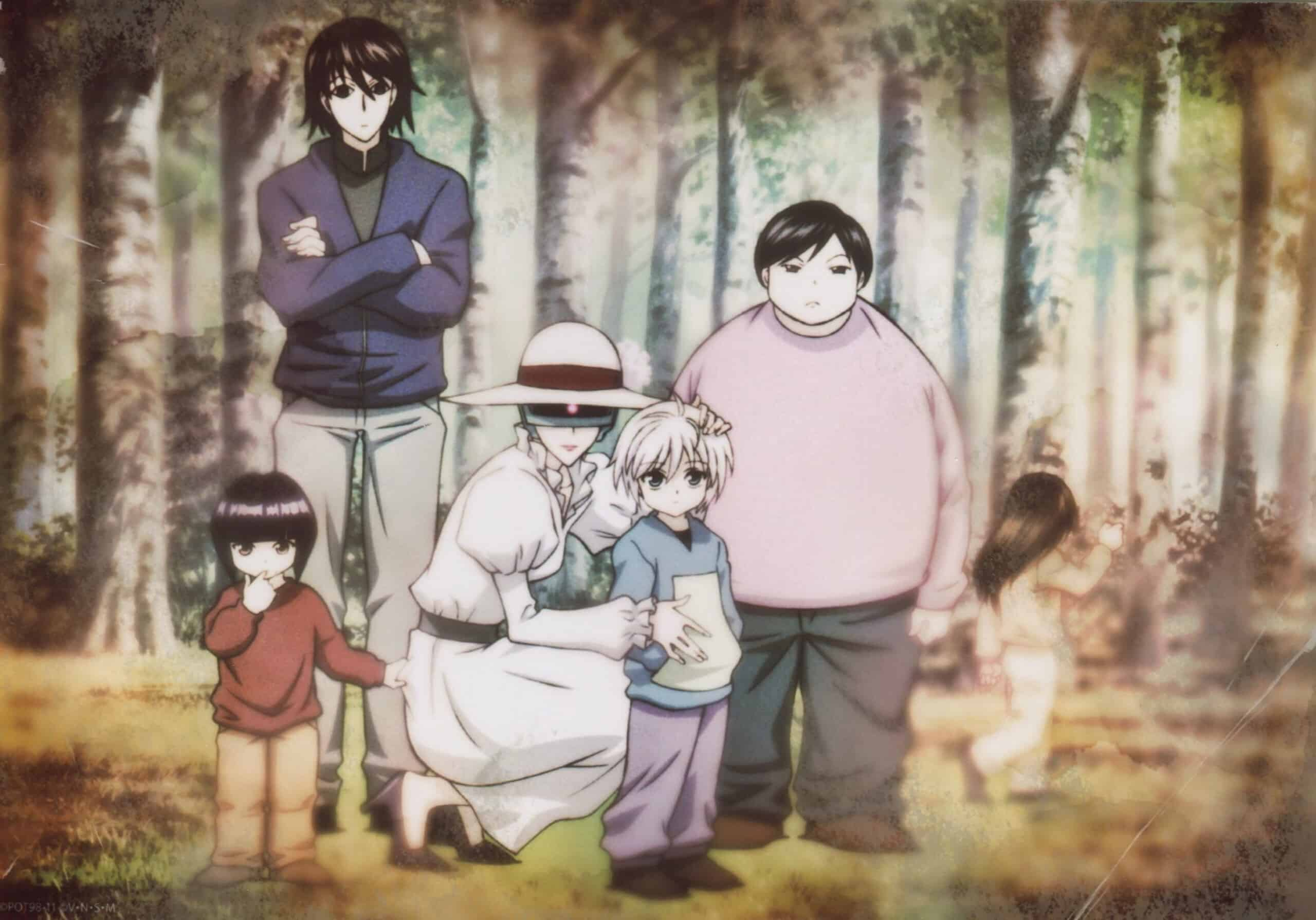 Living on Kukuroo Mountain, the Zoldyck Family is the most powerful assassin family in existence. The alpha male of the family is Silva Zoldyck who is Killua’s father and his wife is Kikyo Zoldyck. Illumi Zoldyck is the elder brother who tortures Killua repeatedly during his childhood. Milluki Zoldyck is the second son and the middle child. He can use his nen ability but does not possess any of the other gifts as his siblings. Killua is third in like and he is the middle child with the most powerful abilities. Alluka Zoldyck is the second youngest sister of the Zoldyck family and is also a middle child. She is Killua’s younger sister and he calls her Nanika because of the dark continent creature that possesses her. Killua has made it his life mission to protect alluka zoldyck from all dangers. Killua’s youngest sister is Kalluto Zoldyck who is a part of the phantom troupe, a famous criminal organization. Killua tries to take down the phantom troupe with his team several times as they want to wipe out the Phantom troupe and get rid of them.

Is Killua a villain?

Killua Zoldyck is not a villain! In fact, he is nowhere near a villain! He is one of the major protagonists of the show. Killua was trained to be a professional assassin from childhood. He was forced to participate in the Heavens Arena martial arts tournament when he was only 6! Thus, he was rigorously trained to become a deadly people-killing weapon! He was even tortured as a child so that he becomes resistant to several deadly things like poison and electrocution! Now, Killua responds to poison and electrocution normally as his body does not react to it. However, he rebelled against this family profession and became a Hunter. He now began tracking and killing deadly monsters while saving humanity!

Killua possesses spikey silver hair with pale skin. Killua’s eyes are blue and they constantly change their shape based on his mood. He is lean at the beginning of the Hunter x Hunter series. However, as the series progresses, he becomes very muscular and toned. Killua’s eyes color is changed to green in some of the Ovas.

Killua mostly wears loose baggy clothes. He wears shirts with long sleeves and dark colors. Killua’s hair is spikey which gives him a bad boy appearance. He seems rude and introverted, unlike gon since the beginning of the series. However, after his first hunter exam, he slowly opens up and becomes more cheerful like his friend gon.

Outwardly, Killua seems to be full of life. He is cheeky and cheerful and always up for some mischief! He is witty and confident with a brain that can outsmart anyone, maybe Einstein himself too! Additionally, Killua is known to love desserts! He once spent approximately 200 million Jenny on buying snacks and sweets like Chocolate Balls during the Heavens arena arc!

However, don’t be misled by his charming personality! Killua is a ruthless Hunter who is deadly and lethal! He is the ultimate death machine that can take down countless enemies alone! He has mastered many killing techniques and won’t hesitate to take down any enemy.

Although Killua Zoldyck does not seem like he is scared of anyone, it could not be farther from the truth. One of his greatest flaws was his fear of the people who were more powerful than him. This is because his brother Illumi taught him to participate in only those battles where he would win for sure. However, after joining the Hunter academy, Killua learns to overpower his flaw as he understands that it is possible to defeat stronger enemies. He actually learned the lesson when he was out with his friend Gon. the two got separated for a while and Killua had to encounter a chimera ant on his own. This is when Killua realizes that Illumi implant a needle in his brain. This forced him to stay in his comfort zone and stay away from strong opponents. However, by removing Illumi’s needle, Killua is able to overcome his fear and battle the chimera ant in the chimera ant arc.

Killua is an incredibly loyal friend with unyielding loyalty! He puts himself in danger to save his friends several times. His humble and kind nature always makes him put others before himself. When anyone tries killing gon, he always steps in regardless of how dangerous the situation is.

However, before joining the Hunter academy, Killua was a loner with no friends. When he appeared for the Hunter Entrance exam, he made his first friend-Gon Freecss and from that day, the two have been inseparable! Killua helps rescue Gon several times, even at the expense of his own life!

Contrasting gon’s politeness, Killua is mean and cocky in the beginning. However, his time with gon makes him humble and kind. Thus, the two help each other become better constantly. Killua helps save gon several times while gon helps him become a better human. Gon openly calls Killua his best friend and appreciates their bond constantly. 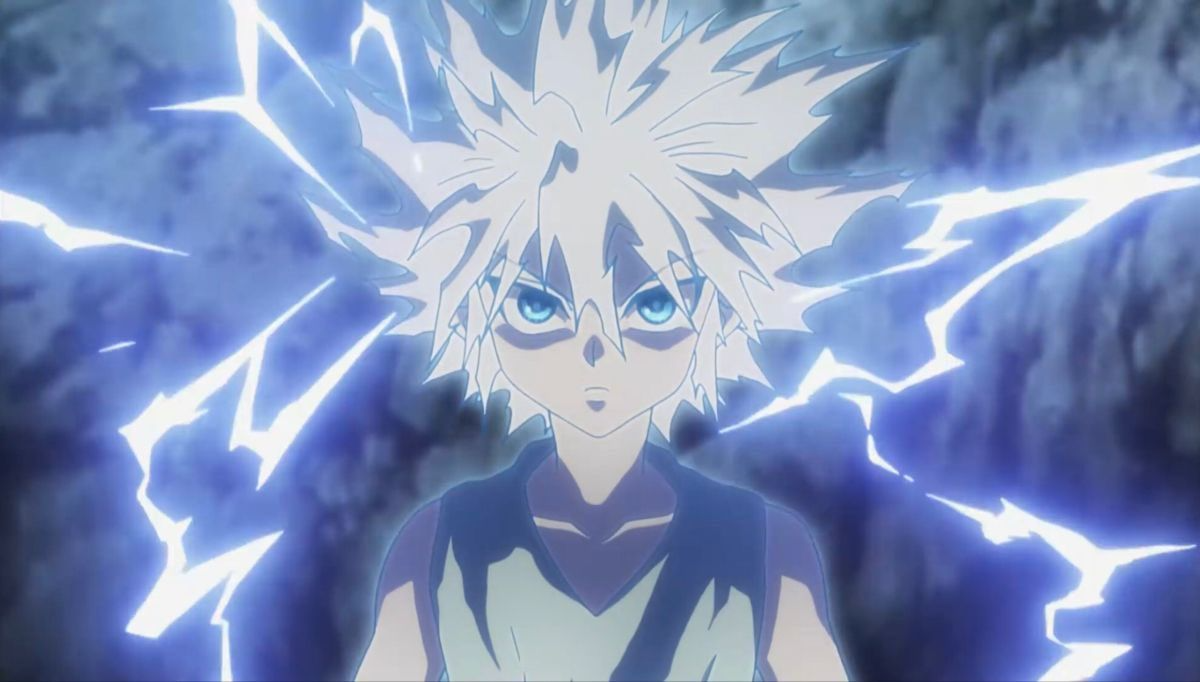 Killua Zoldyck has several spectacular powers that make him one of the strongest anime heroes. He possesses extraordinary agility, strength, speed, and electrical and poison resistance. Some of his most peculiar abilities are mentioned down below.

Killua Zoldyck underwent rigorous training in his childhood to possess extreme tolerance. He was electrocuted with high doses of electricity for strength and as punishment. Thus, now is resistant to electric shocks. However, he still feels the pain although it does not physically harm him. Killua responds to electricity with no display of emotion or pain now.

Killua’s training also included resistance to several kinds of poisons. This was done by giving him small non-lethal doses of the poisons until he became resistant to them. Thus, when Tonpa gives him poisoned juice during the first Hunter Exam, he drinks it easily without dying.

Due to his sensational analyzing skills and intelligence, Killua is accurately able to predict his enemies moves and counteract them. Hence, he is able to come up with bold and effective strategies in seconds. Killua responds to his enemies strategies immediately and devises a plan to take them down in seconds.

The torture he had to endure during his childhood also made Killua resistant to high pain and allowed him to possess extreme tolerance. He can take whips and electrocutions without so much as a single flinch! However, he does feel pain but manages to not show it outwardly regardless of how high it is.

Killua can pick up things that are way bigger and heavier than him easily due to his immense physical strength. He was able to open the 16 tonne gate before learning his nen ability when he was a young boy. After learning it, he could open 64 tonnes doors!

One of Killua’s most special abilities is being an expert tracker. He can easily track people and follow them without getting discovered. He is a pro at spying and hiding. His skills are so great that even Melody could not hear him running alongside her and she is an expert Hunter who relies on her hearing completely. He has mastered the art of Shadow Step which allows him to walk and run with no sound!

Throughout the series, we see Killua display his incredible speed and reflexes repeatedly. He can swiftly make his way through the most dangerous tracks and fight deadly enemies because of his fast reflexes.

Killua can swiftly attack from any and every side. Additionally, as a trained assassin, he never truly tired out! He can participate in the longest battles without breaking a sweat! He possesses extraordinary agility and stamina.

Killua Zoldyck can dislodge his joints whenever he wants! He does not feel any pain while doing so and can easily go back to his natural form in seconds.

How old is Goku in each Dragon Ball Saga?

Killua has mastered many killing techniques as a result of his childhood training. However, he has also learned to use his nen after becoming a hunter which has made him extremely powerful.

Killua Zoldyck is a transmuter. This means that he can change his nen form. He can manifest his nen ability in the form of electricity. This is possible because of all the electrocution he underwent during his childhood.

Killua’s nen ability is called Godspeed. When he activates it, he is enveloped by an electrical aura. Sparks are released from his body as hid hair changes to white and his body begins to shine. His running speed is enhanced to 150 miles per hour. His reaction time becomes instant and he begins reacting to the attacks automatically. He can also generate electricity from his body and deal serious electrical damage to anyone who touches him. Thus, this form of Killua’s nen ability is deadly! He has spectacular speed and fast reaction times along with the ability to shock people. Hence, defeating him becomes practically impossible. Additionally, he can even shoot bolts of lightning from his fingers which makes him more lethal.

Claws Assassination Art Technique- He uses his fingernails as claws that can tear even limbs!

Rhythm echo Assassination Art Technique- He uses this technique for disappearing into the dark.

Snake Strike Assassination Art Technique- This Assassination art technique allows Killua to move his arms very fast while cutting everything that comes in his path.

Killua Zoldyck Yo yo 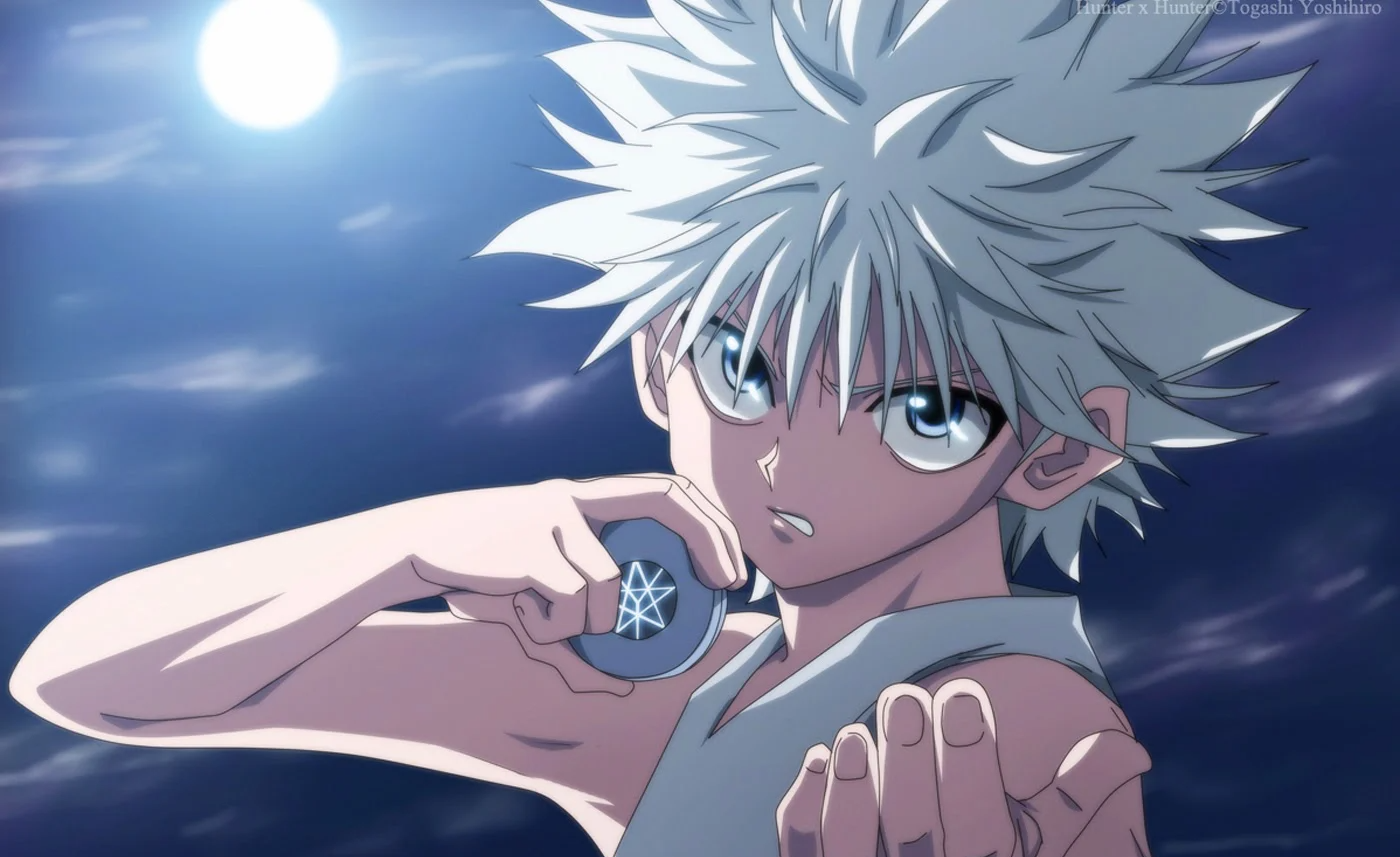 The Killua begins using yo yos during the Greed Island story arc. His yo yo is made of a unique metal alloy that is very special. The yo yo is often charged with electricity which is provided by Killua’s nen ability. Each yo yo weighs 50 kgs which makes them heavy and durable. The yo yos are an important part of Killua’s combat abilities.